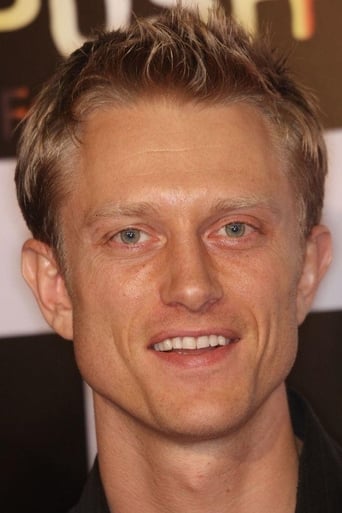 Neil Jackson (born 5 March 1976) is an English actor and writer who has appeared in several television series and films, but is probably best known for his role as Marcus on Blade: The Series and Sasha on Make It or Break It. His screenwriting credits include the film The Passage directed by Mark Heller and released in 2007. He has starred in several other films including Quantum of Solace and Push. Jackson was born in Luton, Bedfordshire, the second of four sons to Evelyn and Dennis Jackson. Neil was introduced to acting when studying drama at GCSE level in Harlington Upper School. His teacher, Nigel Williams, placed him in several of the school plays including Annie, Little Shop of Horrors, Hard Times, and West Side Story. He also acted in National Youth Theatre as a teenager before moving to Cardiff to study sport at the University of Wales Institute Cardiff (UWIC) in Wales. In Wales, Jackson started competitive boxing after learning of the British Universities Boxing Championships, an inter-university competition held throughout the whole of Britain. He entered and won the gold at light-middle weight. He went on to successfully defend his title two years later at middle weight. His boxing earned him a scholarship to stay on at UWIC and study for his Masters degree. He graduated in 1998.