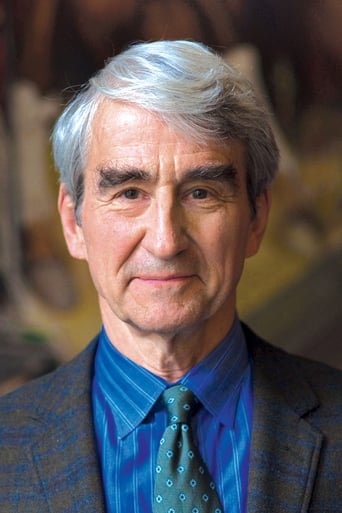 ​From Wikipedia, the free encyclopedia Samuel Atkinson "Sam" Waterston (born November 15, 1940) is an American actor and occasional producer and director. Among other roles, he is noted for his Academy Award-nominated portrayal of Sydney Schanberg in 1984's The Killing Fields, and his Golden Globe- and Screen Actors Guild Award-winning portrayal of Jack McCoy on the NBC television series Law & Order. He has been nominated for multiple Golden Globe-, Screen Actors Guild-, BAFTA- and Emmy Awards, having starred in over eighty film and television productions during his forty-five year career. Allmovie has characterised Waterston as having "cultivated a loyal following with his quietly charismatic, unfailingly solid performances." Description above from the Wikipedia article Sam Waterston, licensed under CC-BY-SA, full list of contributors on Wikipedia.