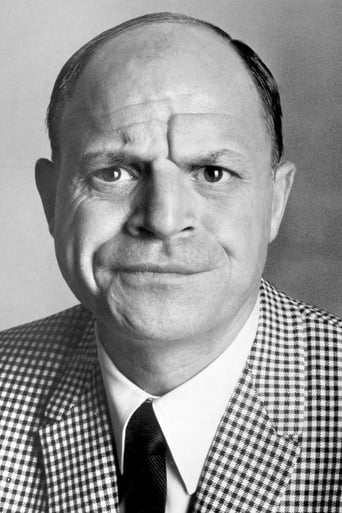 From Wikipedia, the free encyclopedia. Donald Jay "Don" Rickles (born May 8, 1926) is an American stand-up comedian and actor. A frequent guest on The Tonight Show Starring Johnny Carson, Rickles has acted in comedic and dramatic roles, but is best known as an insult comic. However, unlike many insult comics who only find short-lived success, Rickles has enjoyed a sustained career, thanks to a distinct sense of humor, a very sharp wit and impeccable timing. It is well known that Rickles has nothing against the people that he insults during his routine, and that it's all just part of the act. Although sarcastically nicknamed "Mr. Warmth" due to his offensive and insensitive stage personality, in reality most know him to be actually quite genial and pleasant. It has been said that being insulted by Rickles is like "wearing a badge of honor". Description above from the Wikipedia article Don Rickles, licensed under CC-BY-SA, full list of contributors on Wikipedia.