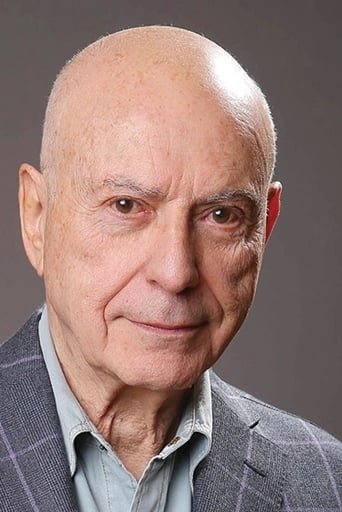 From Wikipedia, the free encyclopedia Alan Wolf Arkin (born March 26, 1934) is an American actor, director, musician and singer. He is known for starring in such films as Wait Until Dark, The Russians Are Coming, the Russians Are Coming, The Heart is a Lonely Hunter, Catch-22, The In-Laws, Edward Scissorhands, Glengarry Glen Ross, Marley & Me, and Little Miss Sunshine, for which he won an Academy Award for Best Supporting Actor in 2006. He is the father of actors Adam Arkin, Anthony Arkin, and Matthew Arkin. Description above from the Wikipedia article Alan Arkin, licensed under CC-BY-SA, full list of contributors on Wikipedia.